You are here: Home / AFRICA 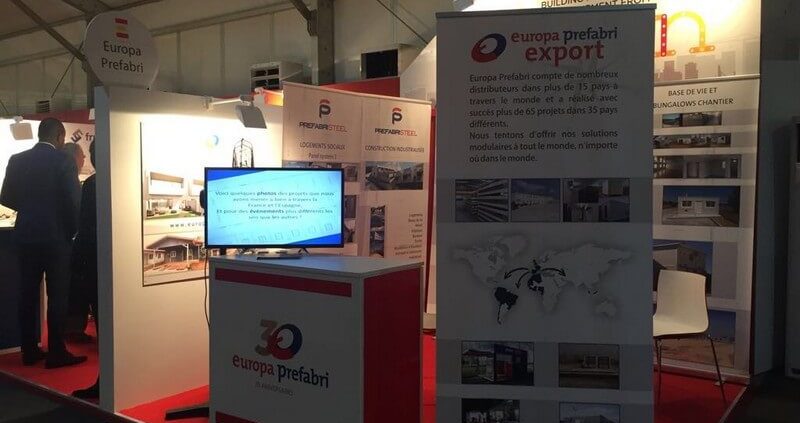 Europa Prefabri keeps on working on its process of internationalization in Africa through a new distribution agreement in Senegal with a local company specialized in modular building.

Thanks to this new distributor, we are now present in one of the most stable countries in the region of  West Africa with great potential for economic growth.

The first order consists of several of the products we manufacture: prefabricated modules for offices, cabins and guard houses, car park shelters among others.

We show some pictures for the assembly of some metal parking canopies made this month with our model EUROPA with galvanized structure and lacquered cover in green.

The canopies have been installed in various locations in the Prison Loma Mendizabal in the Autonomous City of Ceuta that belongs to Spain but is located in Africa.

Europe Prefabri continues to be from over 20 years ago the spanish leading  in the manufacture and assembly of metal canopies for car parking.